My thoughts on the art of musical expression – Daniel Harding

One of my philosophies, which has been confirmed in recent years from listening and being around so many different musicians/drummers, is the important concept or skill of knowing what not to play, but also, perhaps more importantly, knowing when to play soft and when to play loud.
Musicians may learn many phrases and licks, but the real music doesn’t start to happen before they let go, start listening to everything else around them, play with honesty and be confident in the musical decisions they make in real time.

Sometimes I hear drummers playing too many notes (tossing too many ideas into the music) on the drums and not thinking about being supportive in a musical way i.e. in relation to what other members of a group may be playing.
One of the reasons for this tendency could be an underdeveloped ear, i.e. poor listening skills from having focused only on one particular instrument on a recording. I remember listening back to a recording of myself performing a piece with a band when I was about 19, and noticed that I wasn’t only playing what the drummer from the recording I was inspired by, but also playing what the piano was playing, which was the melody, and what it resulted in was kind of a minor musical collision. In other words – I wasn’t supporting the music, happening ‘live’ in the moment in my band. I was trying to replicate what I was hearing in my head from listening to a recording.
The reason for this tendency would be lack of patience, lack of listening skills, inexperience, and even through a wrong assumption of being afraid to leave too much space (silence), and thereby not supporting other members of the band musically.

That being said, there is also another aspect to these observations/philosophy of playing less; i.e. it all depends with whom you are playing and what style is being explored. I’m not saying that it’s better to play really simple no matter what, but merely pointing out, that it all depends on the style of music being played and what other musicians play around your groove.
What we (musicians) play, also depend on our life experience and their developments as human beings – the journey of finding out whom we truly are and how we can thrive and become successful in what we do. Experience is invaluable in music making and other professions for that matter. We can study music in conservatoires as students, graduate with distinctions, but without ‘real life’ music experiences – we won’t acquire the skills we need to be successful later in our career.

Drumming started out as being a solid foundation for which music was based, but as time went by the drumming loosened up and got freer and started contributing as an instrument of musical interaction and ‘question and answer’. Some of the first drummers to do this were Sidney “Big Sid” Catlett, Kenny Clarke, Papa Jo Jones, Max Roach and later Philly Jo Jones and Elvin Jones.
Today there are so many musical styles and international influences on jazz. Jazz is found all around the world and the history of jazz directly connects to the history of humanity.
The modern society that we live in today is another point on why Jazz is particularly interesting and helpful to us. We find ourselves in a stressful environment with computers, mobile phones, the latest news, wars and the demand for everything to function as quickly as possible. Spending time on something which can make you feel liberated, express your true self and forget all about your worries for a while, is an important value to realise within our modern society. 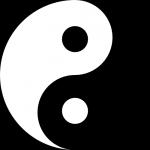 Jazz is an art form of expression and when practiced, can leave us feeling relaxed, bringing us back to square one and remind us that we are in control of our lives. The musical expression is important and I feel honoured to be part of the next generation, pursuing jazz and its representation of freedom.
I have personally arrived at a point, where self-expression and interacting through music, is easiest when improvising freely. The most important things about self-expression are to be honest, to listen, be supportive, be confident in decisions made, be in the moment and make sure the artistic message reach out to whoever is listening. There is an inner urge to explore, discover the unknown, because we are already familiar with the known (such as jazz standards) and it’s important to try and reach higher levels of music making, because, repetition is dangerous for our creative muse.
Before we can begin to explore this freedom we need to have reached a certain musical maturity in order to be fully creative and embrace our individual artistic capabilities.

“When you hear music, after its over, it’s gone in the air, you can never capture it again” – Eric Dolphy